Rosdarrig B&B > Things to Do > Golfing

Boyle Golf Course is a nine hole gold course within 5 minutes of the town centre off the N61. Play at any time and pay only a nominal green fee at the clubhouse, which has bar and snack facilities. Tel: 071 96 62594

Roscommon Golf Club is located on rolling pastures adjoining the old Mote Park estate and boasts an 18-hole championship course of outstanding merit. The new 6,290-meter course, situated within half a mile of the town, looks like maturing into one of the very best parkland courses in Ireland. A par 71 course with a number of very testing holes, it features man-made lakes on the tricky 13th and multi-tiered greens, which have been constructed with the very latest technology to give an all-weather surface. The Roscommon clubhouse was completed in 1996. It offers full bar and dining service. The dining room has capacity for 120 people and can accommodate individuals or groups with equal ease. The club welcome green fee and society golfers. Society rates and catering terms by arrangement with the Secretary. Tel:090 66 26381

Hodson Bay Golf Club was founded in 1892 and affords beautiful panoramic views over Lough Ree from the clubhouse and course. Measuring 5,922m from championship tees, this mature 18-hole parkland layout offers a stimulating challenge and a most enjoyable round of golf. Many important national championships have been held in this prestigious Club over the years. Athlone is 5km further on the main road.
Tel: 090 6492070

Carrick-on-Shannon Golf Club has expanded from a nine-hole course to an eighteen-hole course, is playable to the public since August 2003. The quest for a new acreage began in the mid 1990’s. The existing nine holes were constructed on land given to the club by Major Kirkwood, who lived in Woodbrook House. From the highest point, the view is close to breathtaking. The Boyle River and Drumharlow Lake – intergral parts of the Shannon water system-touch the land that is being moulded into the new golf holes, and there are also views of the Arigina Mountains. Tel:071 966701

Castlerea Golf Club is located adjacent to the town on the N60 (west). This 9-hole course is beside the river Suck and the natural parkland and mature trees form an integral part of this lovely course. The ancestral home of the O’Conor clan can be viewed the 9th tee. Tel:094 96 20064

Rosses Point Championship Links Course Lying in the shadows of the great Benbulben Mountain, it has belonged to the ranks of the best of championship courses from nearly every point. There are breathtaking views of the mountains, the sea and almost endless countryside surrounding the County Sligo course. The fairways are considered the most undulating in Ireland Golfing at its best approximately 25 miles from Boyle. 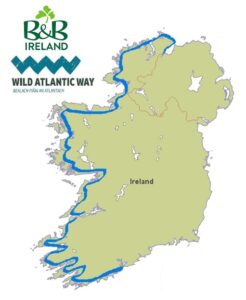